Book Brief – The Land of Roar by Jenny Mclachlan 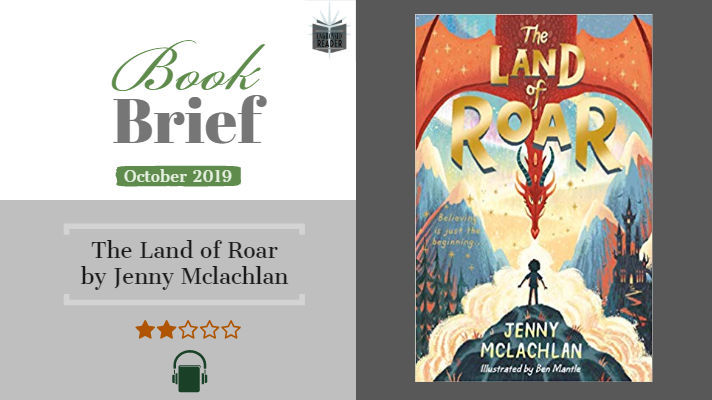 The new middle-grade fantasy that will make you believe in magic!

When Arthur and Rose were little, they were heroes in the Land of Roar, an imaginary world that they found by climbing through the folding bed in their grandad’s attic. Roar was filled with things they loved – dragons, mermaids, ninja wizards and adventure – as well as things that scared them (including a very creepy scarecrow. . .)

Now the twins are eleven, Roar is just a memory. But when they help Grandad clean out the attic, Arthur is horrified as Grandad is pulled into the folding bed and vanishes. Is he playing a joke? Or is Roar . . . real? Blurb courtesy of Goodreads

We’re excited about the premise

A story about twins growing up, the change it brings, gaining independence, resilience and finding out who you while on a rescue mission in their ‘it’s not made up but real’ imaginary world.

Eldest (12 years), Youngest (8 years) and I listened to the audiobook an hour each day over a week or so during the half term and we all didn’t enjoy it as much as we expected or wanted to given the anticipation of the blurb.

Why I wasn’t a fan

Personally, I found the pace far too slow and wordy at the beginning and when they finally entered The Land of Roar, I had lost interest in the characters and plot.  Additionally, the narration was another key reason I found it difficult to engage with the story.  The voices for the Arthur, Winn and Croakie were jarring especially the later and distracted from the story.

If Youngest hadn’t expressed an interest in finding out what happened at the end, I would have abandoned the book without hesitation. Three stars from them and two stars from me mainly for the themes rather than the depiction of said themes.  Which was a shame as I was so looking forward to liking it.