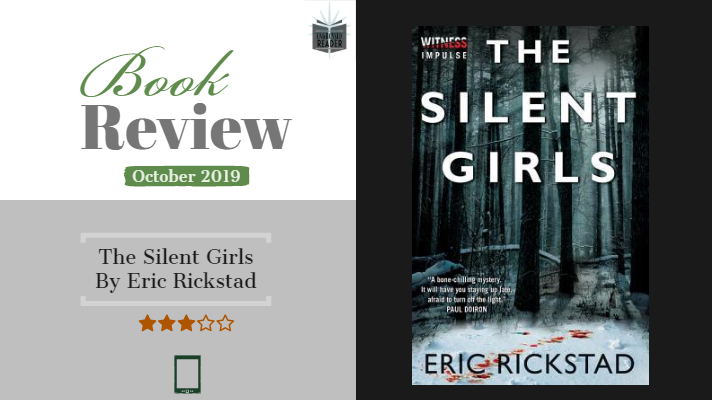 A search for a missing girl reveals that she is not the only lost girl in the vicinity. An ex cop, now private investigator leads on the police investigation – which somehow is permissible in Vermont, if you’re ex police. The deeper Rath gets invovled in the case, the more it resurrects his painful history and changing present.

With the dead of a bitter Vermont winter closing in, evil is alive and well …

Frank Rath thought he was done with murder when he turned in his detective’s badge to become a private investigator and raise a daughter alone. Then the police in his remote rural community of Canaan find an ’89 Monte Carlo abandoned by the side of the road, and the beautiful teenage girl who owned the car seems to have disappeared without a trace.

Soon Rath’s investigation brings him face-to-face with the darkest abominations of the human soul.

With the consequences of his violent and painful past plaguing him, and young women with secrets vanishing one by one, he discovers once again that even in the smallest towns on the map, evil lurks everywhere-and no one is safe.

Morally complex, seething with wickedness and mystery, and rich in gritty atmosphere and electrifying plot turns, The Silent Girls marks the return of critically acclaimed author Eric Rickstad. Readers of Ian Rankin, Jo Nesbø, and Greg Iles will love this book and find themselves breathless at the incendiary, ambitious, and unforgettable story. Book blurb by Goodreads

Subject matter aside, The Silent Girls, Canaan Crime #2 was an enjoyable fast paced weekend read. The main characters had enough detailed back story to progress the plot and for the most part hold my interest.  Yet there wasn’t that wow factor which would have bumped this up to a four star read.  Towards the end I was less enthusiastic or involved in the story line and had forgotten some pertinent facts and themes, which wasn’t necessarily a bad thing as it made the plot more lively rather than run of the mill mystery by numbers.

I didn’t feel that I missed out on reading the first book in the series which is thoroughly unlike many  other books, where you can  spend a lot of time flipping pages  back and forth, at the introduction of a flurry of characters uncertain if you’ve met them already.

This is a missing persons case, that rapidly transforms to probable serial killer/ murder mystery. It wasn’t obvious or difficult to ascertain what was the link between the missing girls and I got it before it was spelt out, but that didn’t make the plot or pace any less interesting.

There was twists and turns galore, some more obvious than others. Attempts to double bluff including misleading clues were occasionally successful and the twist at the end was a little flat but who else could it be?

What I liked most was Rath who was a well developed character – flaws and all.  His back history references childhood trauma and the impact of his sister’s murder.

It is a good depiction of how events can transform us utterly and  irrecoverably, leaving us living a life which is unplanned, uncertain perhaps even tentative

For others this change whilst unwelcomed is a satisfying  or at least acceptable alternative but in Rath’s case it is the making of him as a moral, productive, upright family man. Whilst there is yearning for what was lost and a revision of this tragedy, Rath sees the personal benefit and therein is his self hatred, manifested in a number of ways in the book.

I liked this novel, the cold unforgiving setting of Vermont and the desperate characters more than the plot.