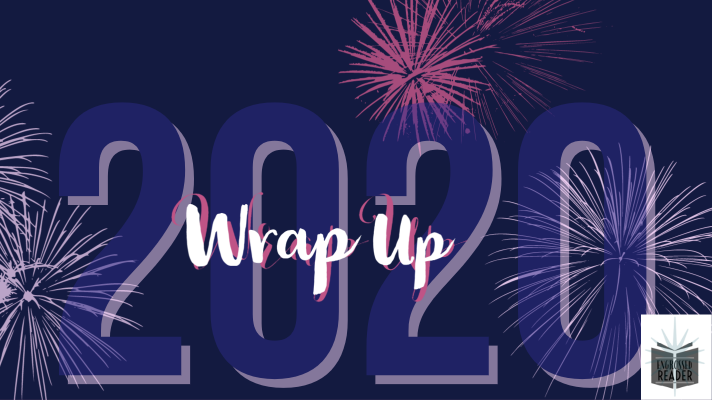 It has to be said, and for this reason I want to get it out the way first: I didn’t achieve my GoodReads total of 2 books a week which is a crying shame as that should have been totally achievable.

I discussed in this earlier post why I didn’t meet my goal. Non Spoiler alert – Pandemic blues

80 isn’t that bad though and an improvement on last year. I’m going to count that as a win. Yes!

Enough about that/ Obligatory pandemic reference aside. Let’s get to the point of this post: to wrap 2020 up for me in a nutshell

Despite 2020 wanting to suck the joy out of our marrow, it doesn’t mean I can’t celebrate the books I did read.

It was actually a struggle to get to a shortlist. I finally settled on these fine books.

What are your thoughts on the winners in the various categories? Agree or Disagree? Let me know in the comments. On a personal front, I’m just pleased to have read some gems this year.

Music literally saved me this year from falling into a never-ending pit of despair. Because of that, there will be plenty more music posts to follow in 2021.  It got me to be upbeat when I couldn’t find the reason to be. What I’ve been listening to for the past few months is listed here .

Where I listen to music most is via Amazon Music. I generally pick an artist or album and give it a whirl.  In the last few days, I’ve been trying out  – My Soundtrack station – songs that Amazon thinks I like – and it has been pretty good.  I’d say 90% right. it has tracks that I love, I’ve heard and like and those which I’m enjoying getting to know.

Have a listen for yourself here.  The range is broad, from alternative, drum and bass, Christian contemporary, grime, rock, r&b, metal, urban. You get the picture – random stuff with an emphasis on guitars.  FYI this is a shuffle playlist, do expect the unexpected as I did today which was to go from Prince to Slayer. A tad disconcerting if you weren’t aware that might be a possibility, nevertheless as a segue it works and reflects my scope to a tee.

In December I listened to a lot of Christmas classics which was fun, many in Zoom Christmas quizzes. Like last year, Classic FM is great to listen to just before going to bed and on waking up, it’s mellow and eases you perfectly in and out of sleep.   Magic Soul got me to dance around the kitchen while making shortbread and other delights.

If you’re interested in more about my music interests please take a look here which is the music category link for all music related posts. Keep your eyes peeled for more posts in this category soon.

Better never means better for everyone, he says. It always means worse, for some.

The Mandalorian – Season 2. The Child is the best.  One of the few shows that wasn’t binged watched primarily because episodes were released weekly.   There’s likely to be another post in the future on this as I plan on watching Season 1 and 2 back to back again at some point before Season 3.  I know that my like is almost moving into obsession: I randomly have Grogu’s picture as my WhatsApp story at least once a week.

Honourable mention to Westworld on Sky One,  Season 2 was very, very good. I discussed it a little bit in an April post It kind of lost the way for me a little bit, at the end of the season. Be that as it may, I should still give Season 3 a shot sometime in the future.

And that is me all caught up. A whirlwind tour of the year that was in leisure activities.

Pandemic aside, changes and difficulties, it’s refreshing to see what’s on the horizon. I am looking forward to to the new year.