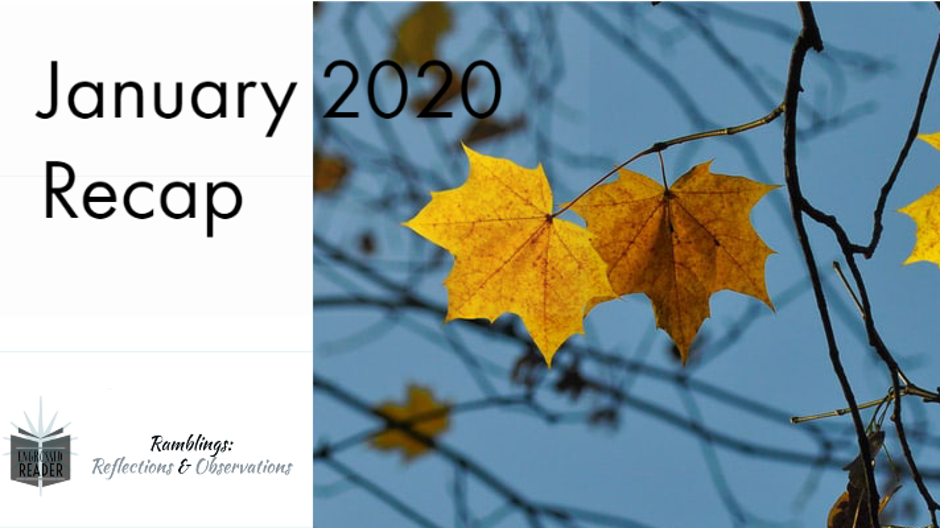 As the February’s Newsletter hinted at, January started slow.  It wasn’t until the tail end of week two that I really started to get into my reading grove.

For the most part, the selection of books kept me entertained, a couple were stand out great but I will get to that later.  However, I can categorically say there were a few that tried my patience and that is reflected in the star rating and the reviews.

There are reviews for almost all the books read in January, it’s just between my go-slow mode and the number of ARCs,  has had an impact on the posting schedule.  Hopefully, I will plan better for February which should lead to less of the drip-feed of social media posts and no actual review.

Book of the Month

I loved Girl, Woman, Other by Bernardine Evaristo and not just because it was again set mainly in London, discussing issues that resonated with me. I believe it’s a book for everyone and not limited to specific genders or races. These are universal themes such as identity, parental relationships, domestic abuse, disappointment and coming to terms with life in all its vagaries.  If you get the opportunity please do read it, you will find a revelation, appreciation or something that touches you.

Meh of the Month

In contrast the biggest let down was The Case of the Cryptic Crinoline  (Enola Holmes #5) by Nancy Springer.  I think it pinched the most as I had run out of audiobooks to read, quickly searched and thought that it looked perfect for a quick read.  I won’t rehash the review, but often I think that as much as I like young adult books are they really geared up for me? The things I find irritating and disappointing is it likewise the same for the intended audience or am I nitpicking on issues that wouldn’t bother a young person.

I doubt that minor hiccup, has had an impact on my February choices as I’d always planned to read a selection of backlist books with only one YA book. So I guess I will leave my apprehension until March and see where it takes me, as this month I have no qualms with the choice I’ve got – it’s brilliant.

But to belabour the point,  I do find it quite annoying when I randomly pick a book and it doesn’t agree with me, more so, than when I’ve been looking forward to reading a book and it turns out meh.

I don’t know why I expect more from an impulsive selection.

Which nicely leads to  The Last Smile in Sunder City.  I still can not get my head around that book, to summarise I found it unengaging despite many elements and scenes that were thoroughly engaging.  Odd indeed.

That aside, January had a great range of genres and writing styles.  I was pleased to have caught up with The Testaments.  It was not as I  expected but then my expectations were muted, I had and still have no strong opinion on Gilead.

I listened to the audiobook and it was an interesting listen, the full cast read well indeed.  I very much liked Aunt Lydia character, who was pragmatic to a fault, that is to say, prioritised becoming a thriving survivor at Gilead’s birth rather than a stickler for her morals and beliefs.   I didn’t dislike it, in general, it was likeable but there is a but.

It was gripping in parts but only in parts, I didn’t appreciate all the narrators, especially Daisy who was raised in Canada. Her story felt forced and every time there was a reveal for her character it was done in the most awkward of ways. Maybe also because Canada didn’t look or feel that different from now. Whereas Agnes who was born and raised in Gilead, had a more interesting story, although coincidentally twee too.

I don’t think it is as terrible as some reviews has stated.  It just appears that there would be no pleasing everyone nor anyone’s vision of what a sequel should look like.  A replica of The Handmaids Tale wouldn’t have worked.  I guess this version covers a lot of bases, however, whether it satisfies is up to the reader to decide.

I wasn’t due to read this until February but it a week ago arrived and there was a lull between audiobooks and it sneaked its way in.

My favourite audiobook of the month was Dial a Ghost by Eva Ibbotson, heartwarming fun.  Two storylines converge: Oliver an orphan is revealed as the heir to a stately home and money. This is a shock for never met, older cousins (many times removed) Fulton and Frieda Snodde-Brittle who were positive they were next in line to this inheritance. And so they begin their machinations.  Concurrently a family of ghosts find a bespoke agency whose function is to match ghosts with homes. What could go right or wrong with this scenario?  Between the fun, there are attempts at bad things happening to good people.

Kipo and the Age of Wonderbeasts

We try to watch a dedicated tv show with the children once a week or catch a movie instead.  January saw us start Kipo and the Age of Wonderbeasts on Netflix.  All ages, animated show adapted from a comic (yes another one, most shows I’m watching now have their origins in graphic art ).  Set in the future, where a catastrophic event has occurred leading to humans living underground and mutated animals ruling the surface.  I’ve fallen asleep to at least two episodes so I think that sums up my interest.  But the kids like it and really that’s all that matters in this scenario.

We’re watching Daybreak with Eldest which is a tad mature but we’re there to answer questions and they enjoy it.  Another post-apocalyptic world but in this version, all adults have died and the few remaining are mindless cannibal zombies.  Teenagers are living it up like there’s no tomorrow.

There are probably only a few episodes left and really I couldn’t be more pleased  My verdict is there’s an absence of something which I can’t put my finger on. It’s difficult to pinpoint on my long list what could be the prime issue. However to summarise: why are all the children irritating and unlikeable and why are they doing the things they’re doing imho for shock value. Therefore it came as no surprise to find out it was canceled because it appeared to have one plot line which looks like it’s about to be resolved shortly.  Leaving me with no burning desire to find the mysteries around any other plot holes, I can’t be the only person who feels that way.

Titans Season 2: watched it, rolled my eyes hard enough to give me a headache but enjoyed it nevertheless with caveats. I hope Nightwing is a better leader than original Robin because he was clueless.

Us adults have been watching two episodes a week of Treadstone. Set in the world of Jason Bourne, featuring international intrigue, secret agents who don’t know that they’re highly trained secret agents being activated to carry out missions with no context or understanding.  All very mysterious with good moral and ethical questions to debate. I’m not entirely sold on it, because in places it is highly preposterous.  I have to keep reigning myself in with the reminder it is entertainment after all.

Well, that’s the run-through of January.  I do need to start looking forward because I don’t want to start February off on the back foot, especially when there are fewer days.

Now what to choose first?

If you’d prefer to read an abbreviated version of this post (and strictly about reading) next month, then why not subscribe to the books read newsletter instead. You can join by selecting the button on the right – Subscribe to the blog. Take a look at January’s to what you missed here