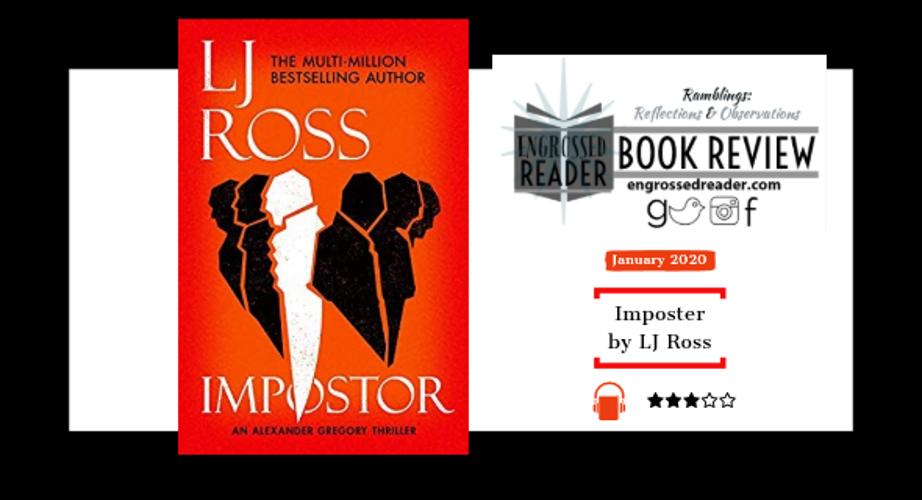 I debated whether to write a review as to inadvertently give away nuances that could hone attention to clues to solve this mystery would be a shame.  So fingers crossed I don’t.  Here begins a brief and very vague review.

There’s a killer inside all of us…

After an elite criminal profiling unit is shut down amidst a storm of scandal and mismanagement, only one person emerges unscathed. Forensic psychologist Doctor Alexander Gregory has a reputation for being able to step inside the darkest minds to uncover whatever secrets lie hidden there and, soon enough, he finds himself drawn into the murky world of murder investigation.

In the beautiful hills of County Mayo, Ireland, a killer is on the loose. Panic has a stranglehold on its rural community and the Garda are running out of time. Gregory has sworn to follow a quiet life but, when the call comes, can he refuse to help their desperate search for justice?

Murder and mystery are peppered with dark humour in this fast-paced thriller set amidst the spectacular Irish landscape. Goodreads

The story starts with a tragic case, revealed hauntingly from a child’s point of view, is the stuff of tabloid headlines and sets the scene for Dr. Gregory’s work in a secure psychiatric unit in London.

Gregory is persuaded to take up a private case and travels to County Mayo where he soon gets to know the town inhabitants in his efforts to profile the killer. Immediately we see the small-town feature of interconnectedness. How will this help or hinder his work?

Characters were layered and complicated and you got a sense of who they were in very little time. All apart from Gregory himself, which is to be expected. The novel is after all, about his skill in revealing motives and behaviors of the town’s inhabitants. No one has him under the spotlight. However I expect no doubt,  his background will be further teased out as this series continues and that is something to look forward to.

Hugh Dancy did a splendid job of narrating this psychological thriller. It was palpable how he was able to convey the story’s sense of unease and dread. To my London ears, the English and Irish accents both male and female were well defined and fairly accurate.

Imposter is not a cosy read, but was perfect for keeping my attention focused on a drab Sunday afternoon with the twists and turns of finding out who was killing women in a small town in County Mayo and why.

In summary, I liked the story for the most part, it was engaging, characters were interesting and the pace more or less right. The scenic descriptions are a good advert for Ireland. However, I felt the plot was let down at the end in a couple of places.

One crucial element of the story, I had quickly ascertained early on in the book and felt disappointed that it had been used as a plot device

Guessed that a twist would be that Cathy was his mum

Also, the culmination of the revelation of the killer was underwhelming rather than the anticipated shocking event. The whole mad dash at the end and denouement fell flat for me.

Furthermore, not sure if the killer resonated specifically with Gregory for this reason

Gregory was wary and aware of the inappropriate nature of his attraction to Emma, which paralleled his nightmares. Emma was portrayed as a good mother, but ultimately her trauma led her to behave in a similar way to his mother without regard for her child.

Nevertheless a good read, ably written and I wouldn’t hesitate to catch up with Gregory again