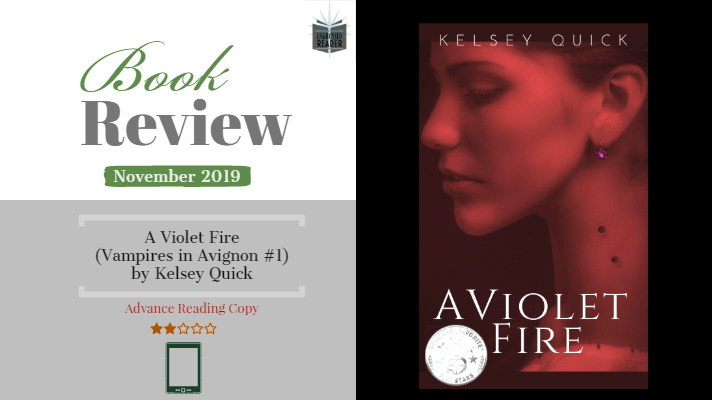 After five minutes of reading, my first thought was ” Is Wavorly rebellious and daring or irritating and foolhardy?”

A darker Shade of Vampire  meets the writing style of Divergent in this riveting debut.

In the Vampire Stratocracy of Cain, human blood is scarce.

For centuries, vampire councils have sought to assuage the blood shortage by enslaving and breeding humans, turning them into profitable supply units for the rich and the abled.

Today, eighteen-year-old Wavorly Sterling is officially a supply unit, bound to serve her blood willingly to her master for the rest of her life. One of only few humans that was not bred in Cain, Wavorly knows freedom better than anyone, and she is determined to escape the clutches of her oppressors, even if by the hands of death.

But surprises lay beyond every certainty, and within every doubt. Where Wavorly’s hatred for both vampires and her enslavement once flowed free as blood, it merely trickles as she grows to admire her reserved, yet receptive master and savior, Anton Zein.

Although warmed by comforts never felt before, danger still lurks in the castle, and a prophecy calls from beyond the walls of a lavender gate—concealing the horrific secrets lodged between handsome smirks and cinereous eyes. It will take everything within Wavorly to face her fears and her doubts; to harness the truth of her past despite what that means for her future; to shun the manipulative idea of love for the sake of the human race. The only question is, will she?

Set in a richly detailed world of fantasy, A Violet Fire is a gripping journey filled with passion, betrayal, lies, and the encouragement we all need to take a stand for our freedom—no matter the cost.

**A Violet Fire is the first instalment of an intended trilogy**

Reviewing A Violet Fire (Vampires in Avignon #1) and all I can think of is what a waste of a good idea – vampires rule and humans are profitable supply units for the rich.  It needs to be developed further, reviewed  and edited; it easily could have lost half of the section living at Zein’s house.

What this review will sound like is a list of things I didn’t like.  Be assured that wasn’t my intention from the outset.  I choose this book from Netgalley based on the synopsis and was eager to read it.  So it pains me to have to say that this book disappointed and  didn’t live up to the blurb.

It felt like a first draft where there’s the outline of scenes, character development is sketched out and the narration is to follow but that next step never came. It was never reviewed for consistency, character motivation and flow.

Where is this richly detailed world I was told about?

I am almost certain that there is a good plot in A Violet Fire ( I think)  but it is buried under misplaced words which pull you out of the story (The use of slang and modern terms is off-putting).  The example that infuriated me the most was smirks – technically correctly used, yet inappropriate to the scene every time.  Another is the inconsistencies sometimes individuals were wearing slacks and at other times it was pants.

There was too much narrative exposition by the characters. Characters said what they did rather than doing it through graceful prose.  It was clunky.

Living with the same gender and in a boarding school, you would expect competition between individuals.  Yet there was determined attempts to make the reader root for Wavorly as the outsider who was bullied for being different: free thinking and speaking, but the reality is  Wavorly was condescending and quick to take offense even from her best friend Savvy.  She had no empathy. This same behaviour was replicated when they moved to Zein’s castle.

Characters behaved inexplicably especially the ones who considered themselves smart (Wavorly) and the vampires who had the all the advantages as the superior race with knowledge.  There was a clear demarcation between vampire and human, so why were vampires so chatty with Wavorly on first meeting her?  Why was Wavorly able to get away with breaking the rules all the time and it was shrugged off?  If she was as intelligent as she kept on implying, then why didn’t she question that?

Wavorly didn’t question deeply enough why she was different from the others, the liberties that she was could take, without punishment. It was all about her pain and loss and weren’t these humans (supply units)  dumb for their sheltered life. How and why was it that she was so friendly and intimate with senior vampires? Why were senior supply units gossiping with newcomers when this is a tense, competitive environment where every girl is angling for attention from their Lord and jealous of the one who gets it.

Who gives away information for free when it is the commodity used to barter and advance socially?

Wavorly was a one dimensional character who spent the whole time repetitiously drumming it into the reader’s  head just how awful vampires were and she was the only one who could see.. that is until she didn’t.

I knew definitively  that I wasn’t going to get on with this book when Wavorly decided it was a good time to start an internal discourse over listening to new pertinent information that was being shared with her – for her own benefit!.  Which contradicted the self promotion and image relentlessly pushed that she was smart, capable, insightful, better than humans who were born in Cain.  But if she was, why didn’t she evaluate the information she was told and consider there might be an agenda behind it.  It got to a point where I was either rolling my eyes,  laughing in disbelief or stating “WTF”.

And there’s another thing what is it with the names?  The constant mention of Avignon, France and speaking French yet no French mannerisms or names.  Either I missed it or it wasn’t made clear where Cain was in the world and in relation to Avignon.

I can’t take any of the character’s names – human or vampire – seriously.  What is the name Wavorly supposed to signify? Please get a naming convention and adhere to it.  Please give names to terms that don’t make you want to cringe. On an unrelated note, what was the purpose of supply units seemingly assigned numbers, not names to dehumanise them but yet everyone calling them by names?

My final observation to be shared, is a question that I don’t know the answer to.  Why name the female area seraglio, it’s a name I hadn’t heard before so Wikipedia was kind enough to offer the following explanation

2. a Turkish or Ottoman palace, especially the Sultan’s court and government offices at Constantinople.

It so easily could have been called harem and I wouldn’t have had a further thought about it.  However, when coupled with the following facts

it all sounds…well I will leave you to draw your own conclusions.

Even though it ends on a cliff hanger and I have many unanswered questions, I have no interest in what happens next and that is a shame as this could have been a world that I was likely to have visited often.