Book Brief – The Body At The Tower by Y.S. Lee 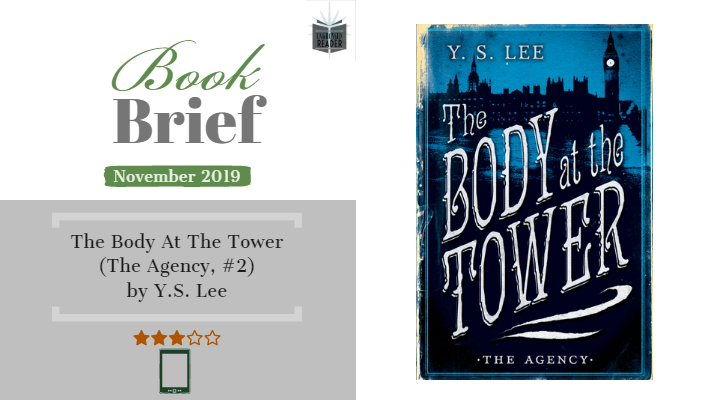 Mary’s second adventure as an undercover agent forces her to relive some harrowing childhood experiences as she seeks the identity of a murderer.

Mary Quinn’s new assignment sends her into the building site of the clock tower for the Houses of Parliament dressed as an impoverished young boy, evoking her own childhood memories of fear, hunger, and constant want. As she insinuates herself into the confidence of several persons of interest, she encounters others in desperate situations and struggles to make a difference without exposing — or losing — her identity. Mary’s second adventure offers a fictional window into the fascinating, if grimy, underbelly of Victorian London.

Another entertaining read with Mary Quinn, private detective in Victorian London. The Body At The Tower finds Mary caught up in the mysterious death of a workman at Big Ben.

My enjoyment of the investigation was further  enhanced by the social commentary.  It was a hard life for youngsters in particular and the examples of poverty almost brought tears to my eyes.

With the return of characters from the previous book and the indications that one or two new characters will feature in subsequent books, The Agency series looks set to provide an ongoing treat to read.