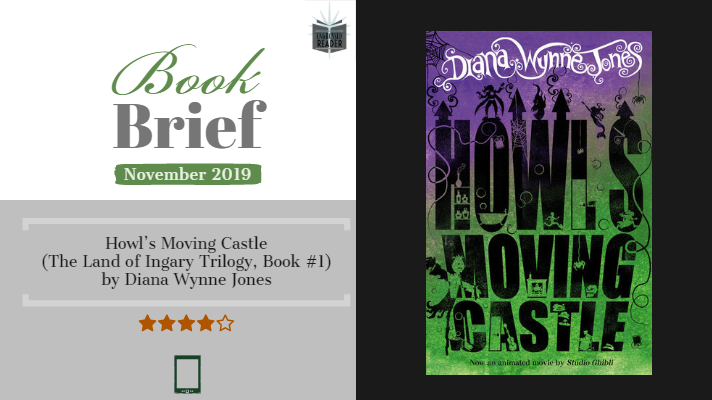 “She watched Howl being restlessly busy in order to hide his discontent.  That was something Sophie understood rather well.

I haven’t read Howl’s Moving Castle in the longest time.  It has got to be at least 15 years.  But like an good friend, it was inviting and welcoming as if we’d never parted. We caught up and were on friendly terms in no time whatsoever.

Sophie has the great misfortune of being the eldest of three daughters, destined to fail miserably should she ever leave home to seek her fate. But when she unwittingly attracts the ire of the Witch of the Waste, Sophie finds herself under a horrid spell that transforms her into an old lady. Her only chance at breaking it lies in the ever-moving castle in the hills: the Wizard Howl’s castle. To untangle the enchantment, Sophie must handle the heartless Howl, strike a bargain with a fire demon, and meet the Witch of the Waste head-on. Along the way, she discovers that there’s far more to Howl—and herself—than first meets the eye.

In summary, it is delightful madcap fun: full  of disguises, quests, magic and fire demons. The writing is fun, charming and very gratifying.

These fantastical elements almost conceals the subtle storyline of the myriad of ways utilised by the main characters in finding themselves, their purpose in life.

Standing up for yourself. Not conforming to preconceived notions held by yourself or others about your destiny.  Taking a chance and going against type.

It also features the loveliest story about falling in love almost without realising it’s happening.

A book for all ages.