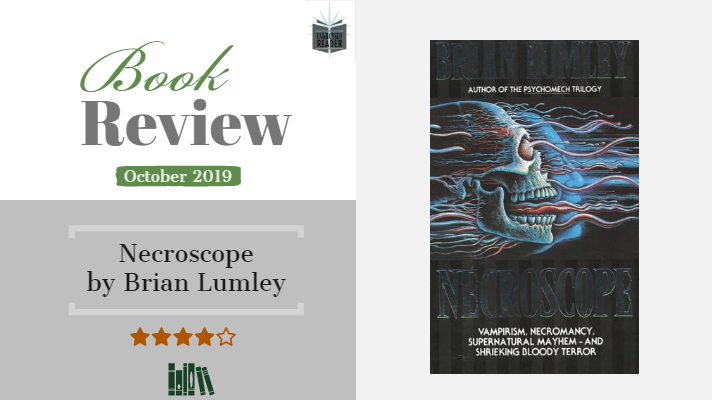 Do we choose or have choices made for us?

The book blurb for Necrosope doesn’t give it justice: yes it’s horror and features vampire – not the emo types, but the claw your eyes out so you can’t see the atrocities they’re committing type – yet it has so much more. Today’s pop culture would define one of the themes clearly as superheroes/ super-enhanced individuals, the back cover is more modest and states paranormal.

But let’s not quibble, once you start reading it’s neither here nor there how they tried to lure you in – Necroscope is a cool book and you will be a willing participant in the toing and froing of the characters and timelines.

Essentially it starts around the 1960s or so but does include previous centuries in the flashbacks and centers on the Russian and British paranormal efforts in the secret service.

That is it in a nutshell or probably not, as that describes nothing at all.

Necroscope is too complex to condense into one sentence. Take for instance the word ‘necroscope’ do you even know what that means? I didn’t until I read the book. I guessed something to do with death and I was more or less correct.

Thus, you won’t be surprised to be informed that there are dead people who feature prominently in this book. They engage with Harry Keogh who can speak to dead people (necroscope) and Boris Dragosani who tears the secrets out of dead people (necromancer). There are vampires, who are not cute and cuddly except…there are no exceptions in this book, the vampires are insidious, malicious and brutal. And I almost forgot SPOILER ALERT – time travel.

What I like the most about it is that it still holds its own on the horror front: interesting take on the vampire mythology with the bonus of telepathy with ghosts and vampires

You can either view some elements of the story as of its time or clearly dated in some areas – vending machines where coffees cost ‘two five pence pieces’ and several individuals smoke a lot, (indoors and outside) as if they didn’t know there was a ban on it or heard the slogan ‘smoking kills’. But all in all, these small points do not distract from the story.

My take on Necroscope is that it a coming of age story, though not a Young Adult novel (although it could be reinvented as such, and that would be awesome).  The overarching theme falls within the scope of good verse evil, destiny, and inheritance.

We see both Harry and Boris from their formative years and watch their maturity into men with interest, awe and sometimes terror. They are at turns reluctant and enthusiastic in regards to their superhuman abilities.

Do we embrace our destiny, our very nature and define it for ourselves or does destiny control us? Are we like pollen in the wind directed against our will with no influence to bear? And if the latter then what next?

I like this book and the entire series – some books more than others-  but that’s the nature of a book series.  Overall it has my approval – big thumb’s up.

As for evil: it is a state of mind.  If you accept evil you must accept good”